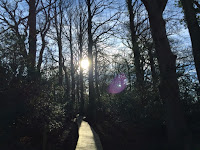 Remember when I said I’d get to this later, well now is the later…..
Quote from Wikipedia ‘Parosmia –  an olfactory dysfunction that is characterised by the inability of the brain to properly identify an odours “natural smell”.
Bit of blurb really, but in laymans terms, instead of  the pleasant smell of your favourite food simmering away for example, that smell is distorted and instead you get an unpleasant smell like, a burned, rotting, fecal (sorry), or chemical smell like sulphur. And because, as I mentioned earlier, smell is directly linked to taste receptors…..yes you’ve guessed it it’s what it tastes like as well.
And so just to be awkward, I have Anosmia in one nostril and Parosmia in the other, so guess what that’s like when you’re trying to eat?  Or maybe you’d prefer not too!

So let’s backtrack a bit shall we.  Once upon a time this girl passed out and hit the back of her head very hard against a wall. This shook her brain so much, (yes I do have a brain I mean she does have a brain, whoops!), that it severed the olfactory nerve fibres attached to her olfactory bulb.
Quote- ‘Olfactory bulb’ – a structure in the brain that processes information about odours. This meant with the nerve fibres not attached to it anymore, her sense of smell went.
Yes you clever people I was talking about me!  You’d never have guessed!

Anyway at the time when it happened my doctor,  (now ex doctor),  said not to worry, its temporary you’ll get it all back in a few weeks when the swelling goes down. Soooo nine months later still no smell, still no taste, except for the Parosmia bit which you are now all experts on!

Ok at this point, no more funnies.
I wanted to curl up into a little ball and never peep out again.  I wanted it to all go away so that I could be normal, I wanted to give up.  I felt like my life was over.  And these feelings are still there, that’s why I’m writing this bloody thing anyway.  Writing it all down makes me re live it all I know, but in a way that makes me want to fight it, not just give in and accept it.  I don’t want to accept it!
I’ve read articles about this when anosmics say, “you just have to learn to live with it, you’ll adapt”  or, ” you’ll get used to it after a while”. Are they joking?
Get used to looking at lovely colourful, perfumed flowers and not even bothering to go and smell them because I won’t be able to, or they’ll smell like crap.  Get used to rubbing my freshly grown herbs through my fingers then realising, as I put them up to my excuse for a nose that they won’t smell. But instinct tells me to do that as its what I used to do when I had my wonderful sense of smell. Get used to the fact that my husbands aftershave which I bought him for Christmas and used to smell lovely, now smells of nothing, he smells of nothing. Get used to seeing the look on face when yet again I burst into tears.
I think I’ll have to stop writing this for a bit I’m afraid or I’ll start crying now. But this is not the end of it oh no!!!

I’m a UK girl and have been writing for approximately two years. I also love to sing and did that as a profession for 15 years. However even though I still enjoy singing, now my real passion in life is writing. After suffering a head injury, which caused me to lose my sense of smell and taste, (Anosmia), writing became a way of venting my frustration and anger from this life changing condition. It became a way of escaping form the reality of it too. I started to love writing especially when I discovered how much satisfaction I got from it. This led me to the realisation that I wanted to become a writer. At the moment I enjoy writing short stories and have finished writing a children’s storybook of prose. I have an obsession with dragons, collect dragon paraphernalia, and am planning on having a dragon tattoo to cover up my old tatty faded one, when I feel brave enough that is. Anyway, I hope you enjoy my writing, please keep coming back for more. View All Posts